A ranch with more than 3,387 acres as its backyard is now Utah’s most expensive home. Hobble Creek Ranch in Springville, UT, is on the market for $48 million.

The property sits at the end of a 7-mile road at the edge of Hobble Creek Canyon.

“There's a gate, and that's the entrance to this ranch,” says the listing agent, Kerry Oman. “Then there's another gate that goes to the house.” From the gate entrance to the house are about 20 acres of beautifully manicured grounds.

“Then you get up to the house,” Oman says, “and then the backdrop to the house is this spectacular canyon. It's just a jaw-dropping location.”

Several more acres of federal land sit between this property and the tall peaks of the Wasatch Mountains.

The home is about an hour south of Salt Lake City and an hour from Park City, Oman says. Grocery stores and other amenities are about 15 minutes outside the gates.

“When you're up in this canyon, you feel like you're just miles from everywhere. You've got complete privacy, total isolation, the beautiful Wasatch Mountains,” Oman says.

“It's just unbelievable. I don't know of other place in Utah like it, where you're so close to civilization, but you feel so private and secluded.”

The 17,500-square-foot main house currently serves as the owner's vacation property. It was built in 2007 and took three years to complete.

“The detail and finish work are just phenomenal. Every detail was meticulously picked out and was done to a high standard,” Oman explains.

“There really wasn't a budget, so it was: Let's do something special. Let's create something that will stand the test of time and be an inspiration for when we come here.”

The chandeliers in the grand staircase entrance and throughout the house are made of Swarovski crystals, and the other materials used in the mansion are all high-end. The finishes are mostly white or other light neutrals.

The main kitchen has bar seating for six, as well as several other nearby eating spaces, a large island, and high-end appliances.

A metal spiral staircase in a sitting room goes between floors, and a domed ceiling adds extra drama.

The lower level, the entertaining space, has a kitchen with new appliances designed to look vintage, as well as a theater room.

“They did the theater room open, so it’s not an enclosed room. So you've got the theater and then on both the left and the right side, there's a game table and a sitting area,” Oman explains.

The floor also has an exercise room, a sauna and steam room, and hot tub.

Oman says the ideal buyer would be someone who wants a private place to get away in the woods.

“It’s a person who wants to be able to say, ‘Hey, look, I can walk out of my spectacular house, and here's my 3,400 acres of my own private playground with this additional 10,000 plus acres of forest service land that I can go and play on. This is it!’” he says.

“In this place, you can lock the gates, lock the doors, and you’ve got a really lush, posh home, and you can play on the grounds and nobody would ever know you’re there.”

The elevation of the property rises from 5,700 feet to 9,100 feet, and the land includes several ponds.

“Once in a while, there's something special that comes along,” he says. “There are a lot of great homes, and then there's beautiful land.

It's rare, though, that the two combine, with a home this opulent on a spectacular piece of property.

"This is that unique opportunity, where they're both together,” he says. “I've never seen anything like it in Utah. And I don't know of anything else that matches it.” 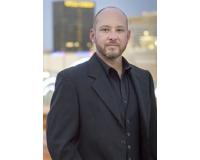 In just a few seconds, you will be searching just like a Realtor®

Hey, Exciting News!!! Wanting to share!!!Today in our meeting, I

This is a list of your favorite properties. We will email you if a property is reduced or leaves the market.

This message will go directly to the head of our team.